As I primary school teacher I am fully aware of all the bugs and things that children can catch.  Most bugs are not selective about who that attach themselves to either.  So rather than being surprised I was rather embarrassed when I discovered that not one but all three of my children have nits....kutus.  I was embarrassed because I had checked a number of times and missed them.

Andre had been complaining about an itch head for weeks.  Everytime he mentioned it it was night time and the light is never good then.  So I saw nothing.  Last weekend though in full daylight there they were those little creepy crawlies. 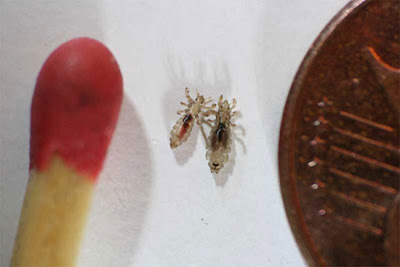 photo from here
Andre must have had them weeks as his skull was covered in bites.  So checked the my other two childrens hair and Hayden has just got them and McKenzie well she has had them some time too.  Needless to say last Sunday was spent cleaning hair, combing hair and washing linen etc. 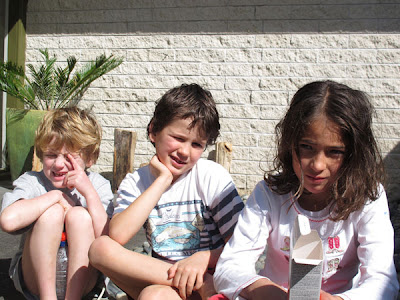 You can tell from this photo, smelly hair product has just been applied and that McKenzie is not happy.  She wants them gone like, yesterday.  Sadly today, one week later she still has them and I am predicting that it will take this weekend and possibly next to be totally be clear of them.  Andre doesn't seem that bothered any more by the itching and Hayden well he did not like that comb going through his hair and wont again this weekend.  I don't blame him either because it hurts.
I have been reading up about preventing another reinfestation and thought that I might try tea tree oil as discussed at this site.
I will keep you posted how it goes.
Of course I made a page about this. 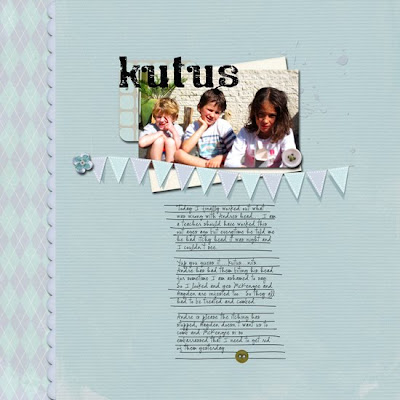 The credits can be found here at Funkyplayground Designs
Posted by Unknown at 21:10 2 comments: Links to this post