When enough is enough.

Most people do not realise how difficult our lives became when my son became disabled.  Back in February 2006 when Hayden became disabled one of the many things he was left with upon recovery were significant behavioural issues.  We lived with these behaviours initially hoping that they would recover and they would moderate over time.  Unfortunately this did not happen and in fact the behaviours have become harder to deal with as he has got older and stronger.

Now for our own sanity Hayden is medicated for his behaviours but the challenge we have been trying to overcome has always been that he does not swallow medication.  Especially tablets.  Everything has to go through his peg.

Phew..... we live with this behaviour everyday and most significantly the unmedicated times of before school and after school.  It is exhausting and stressful.  Last week when we were at the appointment I was unwell so was at a low point.  So it sure felt good to hear that his behaviour has been put in perspective and it is not just me the parent and professionally the teacher over exaggerating things.

Fingers crossed that something more can be done for use before we can no longer cope with everything he throws at us.

So while I have written a lot of doom and gloom there are a few moments of spontaneous fun....alright this is when he is medicated..... 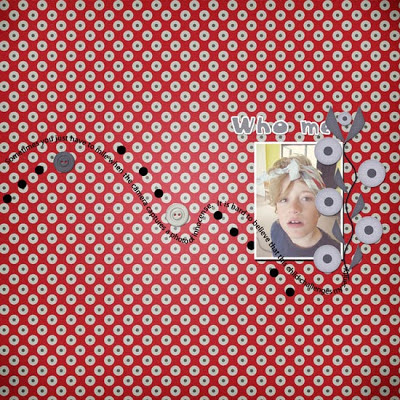 With a wintery blast in our end of the world today I have a weeks menu which reflects that.

Wednesday  meatballs on pasta with salad

I am linking this to I'm an Organising Junkie.
Posted by Unknown at 07:00 No comments: