DS2 started playing hockey this year. he has been hanging out to play especially as his big sister playing and he has had her old stick of some time.

First practice came with eager anticipation. Hockey stick, shin pads, mouth guard and lots of energy. DS could not wait to get there.

Here he is showing off the mouth guard. 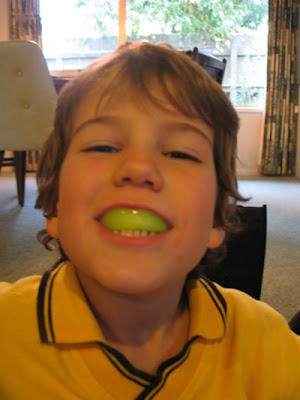 He stepped out the house really looking the part. 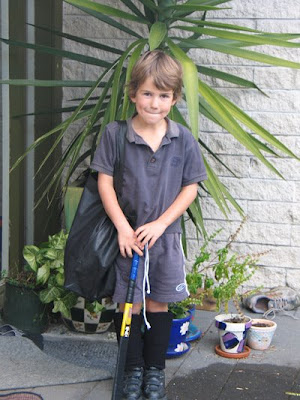 Endeavouring to achieve skills he has not yet even seen let alone tried was a treat. Keep the ball on your stick was asked for. I think DS2 spent his time following his ball around the hall instead of the other way around. Puffed after that he was off to try another new skill, pushing the ball to a partner. This really should have been renamed as Partner ball finding task. Finally a game. I sit here and smile. The game is in practice of the real thing that will happen on a Thursday night. At practice it looks like a group of 10 five and six years chasing a ball looking like a a swarm of bumble bees.

A very grainy photo. The action shot at the first game. 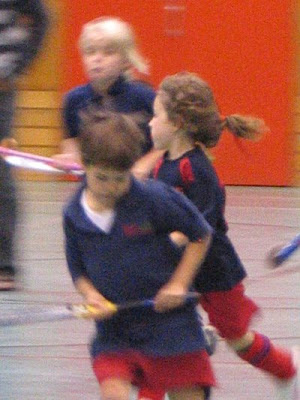 The game later in the week was just a perfect beginners game. more of chasing the ball, behaving like bumble bees and having fun. Now DS2 just has to remember which end he needs to run towards to help his team score a goal.

DS2 thinks it is so much fun. I love that he thinks like this. Long may his enthusiasm last.
Posted by Unknown at 17:40 1 comment: