I believe that there are no barriers when given the opportunity to learn.  The small part of Haydens brain that is functioning constantly proves that.  Especially as we were told that he might never walk or talk again.  I guess the small amount of brain that is still operational is working overtime. 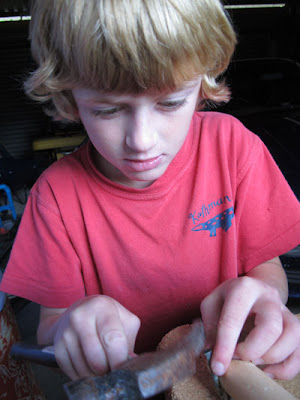 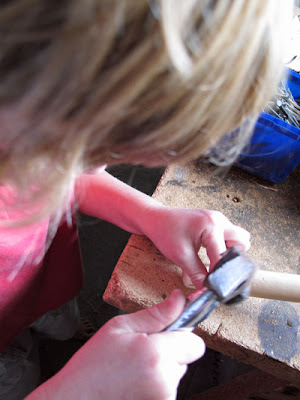 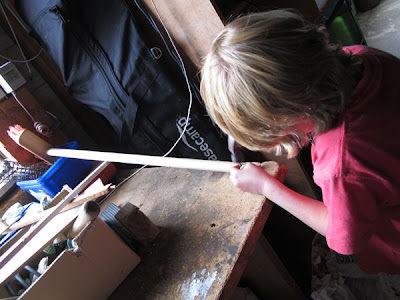 I am linking this post to My Little Drummer Boys.
Posted by Unknown at 21:45 8 comments:

Summer is hardly over and the winter sport season is already beginning.  The last two weekend we have spent the Sunday mornings leaning over the wire fence, peering at the water turf that hockey is played on, watching two of my children trialling for hockey teams.

This year is the first time that Hayden has expressed an interest in hockey.  So dutifully I dragged out a pair of well loved hockey socks so he could feel part of the game, even if it is in a small way.  This was only to have me told that we wanted a game too.  I know that he really means this but hockey has a really hard stick and ball that when used inappropriately can do some damage.  I know this for sure as a woman playing social hockey last year had the tip of her finger removed.    Hmmm but lets not go there.  Perhaps that is something more about the skill and fitness of the players on the field at that time, than anything else.

So in honour of the first two Sundays and Thursday evenings spent at the hockey turf here is McKenzie after having put her best effort in. 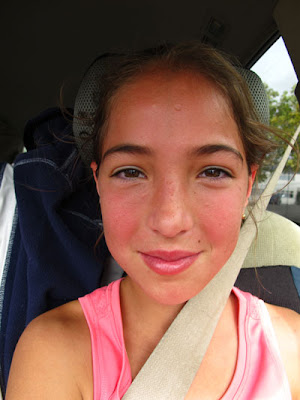 Email ThisBlogThis!Share to TwitterShare to FacebookShare to Pinterest
Labels: Hockey

Oh I am busy.  Not the usually everyday busy but the sort that puts behind your life and you spend your time chasing.

Here is my menu

I am linking this to I'm an Organising Junkie