I have frequently over the last few months made a steak and kidney crockpot meal.  This has happened out of necessity and because I happened to have a plentiful supply of this meat in my freezer.  So I thought that I would take the time to blog this recipe because it is simple and when you are a busy mum like me that is essential.

Throw all the ingredients into your crockpot and cook on low for about 8 hours.

Serve over a bed of rice.

So I will be back to update this post with a photo as mine didn't turn out in focus.  Sorry.
Posted by Unknown at 22:11 No comments: Links to this post

Email ThisBlogThis!Share to TwitterShare to FacebookShare to Pinterest
Labels: Recipe

The final week of the school term and my menu is very easy this week.

Sunday  bbq the first of the season.
Posted by Unknown at 21:58 No comments:

The electricity went out on friday night.  Not because we hadn't paid the power bill but because a storm the size of Australia hit New Zealand and light struck something it shouldn't have.  This is really unusual for Auckland to be powerless but luckily for me I was a little prepared.  The bedside cabinet has a wind up torch, the pantry has a supply of candles for such occassions and a lighter and finally as it was diner time the bbq was ready to be used.  Nothing like a little preparation really.

So after fumbling around in the dark for a little time, settling the children and finally locating the candles dinner could be organised.  I then realised that an hour had passed and we had no chance of knowing when things would be returned to normal and there is nothing less desirable than going to be dirty.  Finally, at 7.30pm I was feed, showered with nothing to do and by 8pm was in bed asleep.  Boy I must be tired.

So in honour of our power outage here are some pages. 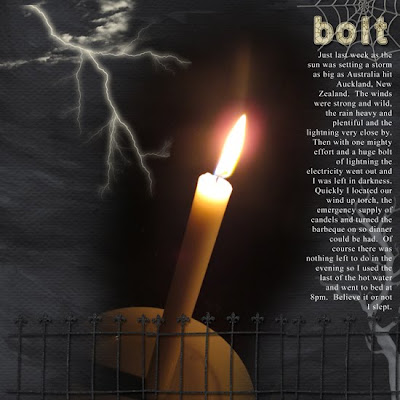 With the credits found here at Pickleberry Pop
and 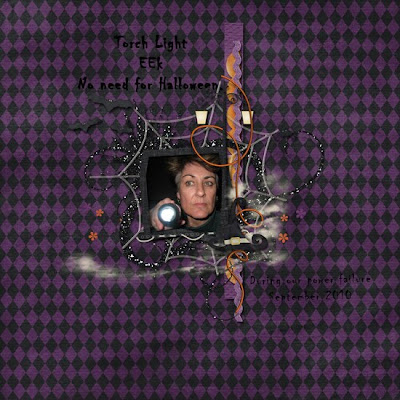 Credits found here at Pickleberry Pop
Oh and I am determind this holidays to make sure I am a little better organised for such events in the future....not pedantic but organised.
﻿
Posted by Unknown at 21:24 No comments: Links to this post