Spring is here.  This lamb is about 1 day old.  He is in our neighbours paddock. 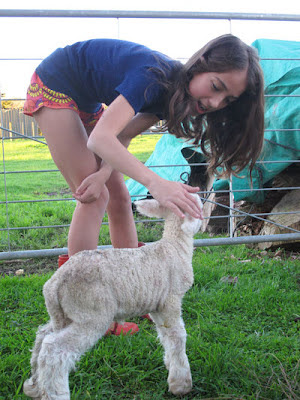 I am linking this post to My Little Drummer Boys.
Posted by Unknown at 00:30 16 comments:

Here is my menu for this week.

I am linking this post to I'm an Organising Junkie

Don't for get to Dream, It might just come true.

My daughter McKenzie plays hockey.  I have written about this before many times.  This year we decided, as she is very passionate about this sport, to move her club registration out of where she had been since she was five, to a new club falling under a new provincial structure.  This decision too my DH and I much thought and discussion.  What really helped seal the decision came down to these few things
So this year was a year of new for both her school and sport.

So after 3 trial days, 95 girls attending, and total exhaustion on her part, she was picked in the team putting her in the top 16 girls in our new province.  I have to say right here and now I was stunned, and excited, to see her picked.  I know that my daughter is good and well skilled.  She trains hard, listens carefully and is really brave out there on the turf.  The reality this year was that she was relatively unknown this year which just might have made a difference.  I had been trying to tell her she needed to dream that she was good enough to trial and be picked but also if she was not picked it was only those three men decision and next year was another year.  A very fine line of support to give.

Anyway to cut a long story short.  Her team played their first game in the weekend.  My very excited but somewhat nervous daughter put on her new strip and off she went. 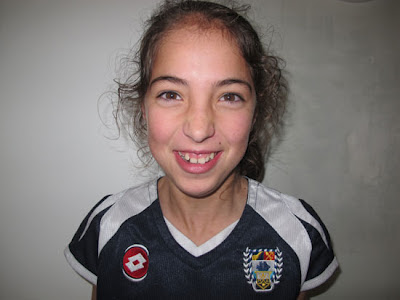 Now I just have to remember to actually take my camera out when I am watching her play so that I can get some action shots.

So I guess that the moral of my little post is to make sure you dream.  You just never know, it just might come true.
Posted by Unknown at 00:15 No comments: