So at nearly eight years of age Hayden lost his first,  no first and second teeth both on the same day.  I have been thinking for some time that his milk teeth were looking very tiny and worn out.  I was worried that perhaps there are no adult teeth sitting in the gums waiting to pop out.  Deep down I have hoping that my fears have would be realised as the last thing that Hayden needed were more appointments with specialists.

Last week he tells me he has a sore mouth.  Well that was the jist of what he was saying I think.  I write a note to his school saying such and added I think his tooth might be wiggly.  No kidding that afternoon I get home from work and he can't wait to rush out and tell me that his 'tooth' has gone.

What I was to discover eventually was he pulled two teeth out.  They really were only just sitting in the gum by the smallest slither of a tooth.

The worrries about no adult teeth are still there but at least he wont be swallowing any loose teeth. 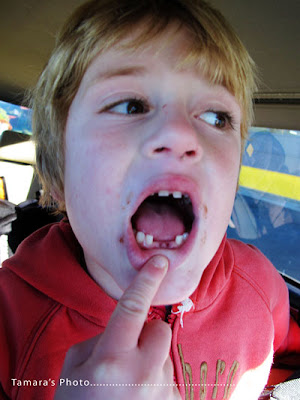 Of course the whole conversation we had over the course of the day was a moment to record.  So this is it. 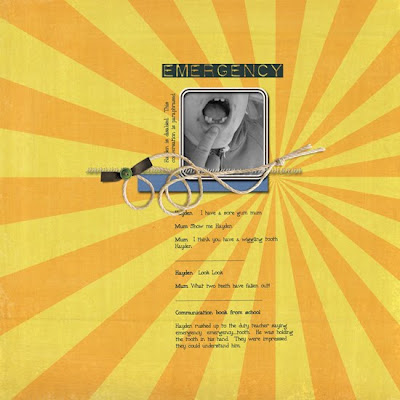 The credits can be found here.  The journalling is there too.
Posted by Unknown at 18:38 No comments: Links to this post

Here is something a little different from my usual style.  I have been working with Once Upon a Time kit by Caroline B  at Nuts4Digi 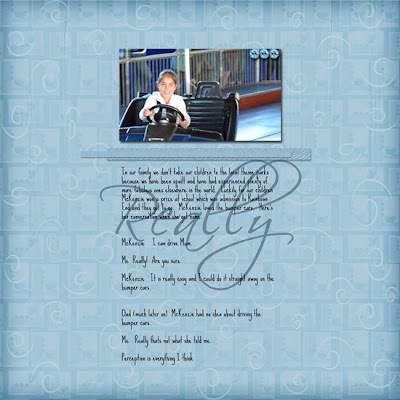 and here is I can Fly 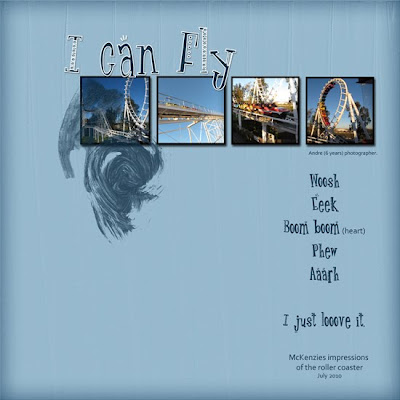 Posted by Unknown at 16:07 No comments: Links to this post