When your heart beats proudly.....

Don't you just love it when your children finds something that they are passionate about and then just love everything there is to do with that thing.  Take for example my daughter McKenzie.  She is passionate about hockey.  She really loves maybe that should be is stimulated by hard training.  she is not afraid to make the hard tackles on the really big girls, she listens hard and really thinks strategically about the game.

I know some people might think that I am pushing her, yes I introduced her to hockey but no it is all her.  She is the one that has the dreams, she is the one who  asks the good questions of the coach and she is the one is can visualise the game (has a hockey brain according to coaches she has had).

This year McKenzie really wanted to go the the National hockey tournament for Under 13 girls called Colliers Cup.  So  we helped her by moving where she played hockey, both club and province and she achieved it.  I have to say that her Dad and I were stunned and proud that she made it to the top 16 Under 13 girls of Auckland.  90 something girls trialled.

Well to cut a long story short, last week the tournament was held in our home turf.  Her team finished 4th.  McKenzie played like a deamon and I can't be prouder.  She came away with stiff and tired legs, and seemed exhillarated by the whole experience.  ( I should add here that it is hard work being a parent on the sideline supporting your child and their team.)

So as a tribute to her efforts and abilities here is a small tribute to her skill and determination.  Also she could not have done it without the fabulous coach Scott and team manager Bonny. 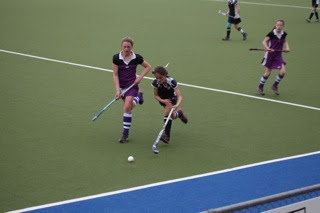 (McKenzie is in the blue kit controlling the door.) 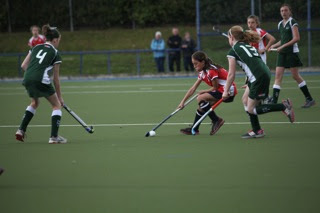 (McKenzie is in the Red (alternate) stip) 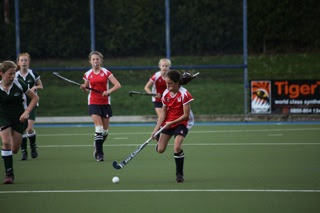 (McKenzie again in the red stip controlling the ball)